The Ultimate Thirst Quencher Well, when’s a better time to review Pepsiman than now, I mean his amiibo WAS recently unveiled: Pepsiman was designed for Japanese audiences to sell Pepsi. […]

Well, when’s a better time to review Pepsiman than now, I mean his amiibo WAS recently unveiled:

Pepsiman was designed for Japanese audiences to sell Pepsi. That means that everyone in the west missed out on being graced by his beauty. So, much like the character, this game is Japan exclusive, meaning it would be very hard to find it in a store or anywhere. However the internet has helped bring awareness about this wonderful, wonderful game and now, Pepsiman is somewhat of a meme.

Pepsiman is a very unusual game. The way it plays out and the underlying plot of it is intriguing, to say the least. It starts out with an unnamed man getting Pepsi and everytime he drinks, the Pepsiman jingle plays. He gets confused by this after a while and looks into his Pepsi can. This is where our story begins. Pepsiman has to deliver Pepsi to those who need it or bad things will happen. Whether these people be in a burning building or on the side of the road, Pepsiman knows they need their Pepsi fix. Pepsiman is a runner. Not an endless runner like Temple Run, but a runner. These games were very popular for a time, as they was easy to understand and make. Unlike Temple Run or other various endless runners, Pepsiman is the far superior game, just because it actually has a story and a purpose that makes you actually want to play. For the uneducated though, a runner is where you are going from Point A to Point B without stopping at all, dodging obstacles along the way and grabbing collectibles for a score. Pepsiman’s obstacles are easily the worst thing about it. Most of the obstacles in the game are relatively easy to get around or just minor annoyances, but there are some objects that will roll towards you in the style of Indiana Jones. These rolling objects are either just hard or about memorization. Either way, they’re extremely hard and damper the fun the game has. 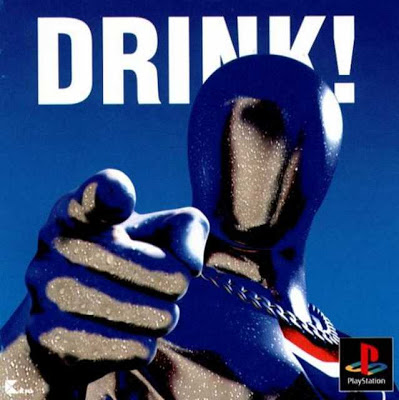 Of course this game is very rare being Japanese, a PS1 exclusive, and just flat out obscure. If you can find it, consider yourself lucky as the current asking price from most people is upwards of 700 dollars. Many people often complain about how rare this game is, and to be honest it’s worth it. Seriously, if you can ever find this game for a reasonable price I implore you to buy it just for the sake of saying you own it!

All in all, Pepsiman is just another licensed game that would feel at home among the runners of today on a Smart Phone. This game is nothing special, but it is pretty funny and the “story” is worth it. The gameplay is bland and generic, by today’s standards it’d be laughed at for being a console game and not an iPhone game. If you’re a Pepsi fanatic (if those exist) you would probably love this game. Honestly, this game is just a weird obscure title that has a fanbase for being weird and obscure. If you want to be “in” on the Pepsiman thing go, ahead and buy this game.

Is it worth the price? If you can find it, yes.

I would recommend it to: Anyone who loves Pepsi, runners, or anyone who wants a weird game.